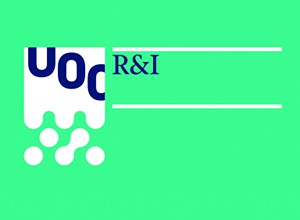 Philosophy is the activity of thinking beyond the limits of our time with common problems as the starting premise. It enquires about the discourse's conditions and enables a critical analysis to be undertaken, based on concepts that can be shared and discussed. Philosophy is an activity that forms part of our societies' public life. In these times of uncertainty, it is taking on an increasingly important role because it is able to cross the epistemological limits of the different expert languages and think beyond them.

In its academic application, philosophy enables us to articulate this public discussion logically and connectedly and put the knowledge gained from the Western and non-Western philosophical corpus to answering the major questions asked by the other contemporary sciences. Its function is no longer methodological, as was proposed in the closing years of the 20th century, but problematizing, interpolative, critical and propositive. As Diderot said in the 18th century, philosophy must generate good conjectures, which he defined as conjectures that allow us to continue thinking. This can only be done in dialogue with the other fields of knowledge. In these times of change, its presence in the university ecosystem is vital.

The group's objective is to bring together good research in the field of contemporary philosophy and promote exchanges, seminars and debates both within Spain and internationally.

Projects the group is involved in

Scientific production the group is involved in

The limits of knowledge

When does lack of knowledge about reality and the future take precedence? What is the value of science, its suppositions and practices?

The shadows of technology

Where are digital and biomedical technologies taking us? To dystopia or new utopias? What are their material and symbolic conditions? How can we think about them critically without becoming enmeshed in fear or hope?

The scales of subjectivity

The modern subject is not just immersed in crisis; it has also been fiercely criticized by other forms of world experience (derived from feminism, non-Western cultures, colonial criticism, etc.). What forms of subjectivity are emerging between the cracks of the modern subject?

The languages of thought

Thought cannot exist outside of the languages that give it body, breath, expression, articulation and social existence. How do we think today? Through what verbal and non-verbal languages, through what methodologies, communities and social mores?

The ecologies of the imagination

To think is to train the imagination, to develop possible images of what is not apparent, obvious or immediate. In an immediatist present that annuls all imagination that is not apocalyptic, what worldviews do we have, today, to activate new emancipatory visions of the present, past and future?