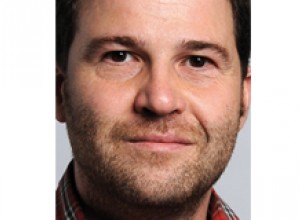 Medina Luque, Francesc Xavier
ORCID:
0000-0002-8067-355X
F. Xavier Medina holds a doctoral degree in Social Anthropology from the University of Barcelona (UB). He is a professor and academic and programme director in the Food Systems, Culture and Society knowledge area at the Faculty of Health Sciences, where he is also academic director and professor of the University Master’s Degree in Medical Social Work.
Not only is he the director of the UNESCO Chair on Food, Culture and Development, he is president for Europe of the International Commission on the Anthropology of Food and Nutrition (ICAF). Principal investigator for FoodLab, the interdisciplinary research group on diet, nutrition, society and health, he holds advanced research accreditation (full professor, AQU Catalunya). He is author and editor of some fifteen books and over a hundred scientific articles in international journals and specialist publications.
His main areas of research are food and medical anthropology, anthropology of sport and physical activity, tourism and socio-economic development and social and ethnic identity. He has undertaken field work in Spain (Basque Country and Catalonia), Hungary (Budapest and Tokaj), Argentina and Zimbabwe. He was a member of the team that drew up the Mediterranean Diet's candidacy as Intangible Cultural Heritage (UNESCO, 2010).
He is a member of the Catalan Food Council (Government of Catalonia) and of the academic council of the Catalan Institute of Cuisine and Gastronomic Culture. He has won the Andrés de Irujo award (Basque Government, 2002) and the Gourmand World Cookbook Award on four separate occasions (Örebro, 2005; Paris, 2012 and 2013).
He holds advanced research accreditation (full professor) from the Catalan University Quality Assurance Agency (AQU Catalunya), a teaching merit and three six-year research periods, one of which is active.

This line tackles the analysis of the evolution of food patterns and behaviour and the study of food biodiversity in food production and consumption. It also deals with the relationship between gastronomy, health and society.

This line includes the study of nutrition and lifestyles as a way of promoting health and preventing chronic pathologies.
It also tackles the use of technology (ICT for health or e-health) to promote healthy lifestyle patterns.

This research line looks at food's application to physical activity and sport. It includes aspects of health and improvement of sporting performance. It also tackles how technology may be applied to eating and physical activity.