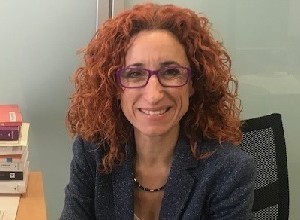 Since 2010, she is the Spanish correspondent of the European Sourcebook of Crime and Criminal Justice Statistics expert group, whose mandate is to compile data on criminality in Spain.

Since 2017, she has been a member of the research group consolidated by the Government of Catalonia on the criminal justice system, led by Professor Josep Mª Tamarit Sumalla.

Since 2018, she has been taking part in a project on criminology and criminal policy funded by the Ministry of Science and Innovation and led by Professor Miró Llinares from Miguel Hernández University, with the specific mission to publish an analysis of the state of Spain's crime statistics.

Recently, in 2019, she took part in a research project funded by the European Commission on compensation for victims of sexual violence, led by Professor Josep Mª Tamarit Sumalla, with the specific mission of analysing the data on sexual violence in Europe.

Faculty of Law and Political Science

Analysis of the trends in international crime that have emerged in recent decades. She has published numerous articles on the comparative trends between Europe and the US.

Longitudinal study of murder victims. She has published articles on murder rates and trends in Europe and on the trends seen since the early 20th century in Spain.

She has published on the degree to which the classic explanations of crime can be adapted to cybercrime.

She has published numerous articles on the international status of official (police, courts, prisons) and unofficial (victimization surveys) data. She is currently preparing publications related with measuring crime in Spain.

She is preparing a dossier on comparative criminology.