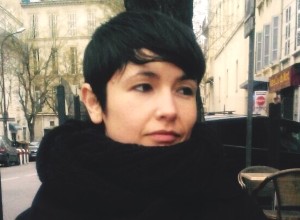 Researcher Nizaiá Cassián Yde's R&I work focuses on analysing the contemporary city's forms of biopolitical governance and spatial governmentality. She is a doctoral degree holder in Social Psychology and professor at the Faculty of Psychology and Education Sciences at the Universitat Oberta de Catalunya. Her field of research is in the connection between urban studies, transformations in the productive-spatial model in the contemporary post-Fordist city, and feminist perspectives that tackle socio-spatial relationships in the field of work, care and body. In her work, she is interested in the relationships between urban planning, intervention in the public space and how particular forms of spatialization are related to the conception and governance of the productive body and urban infrastructures of care, creating inclusion/exclusion effects.

As a researcher, she has taken part in various projects in the field of technological innovations in the area of care and the ethical reflections that accompany these transformations. These projects include the European project EFORTT “Ethical Frameworks for Telecare Technologies for Older People at Home” (FP7, 2008-2011) and the projects “Elderly, social media and social isolation” (RECERCAIXA-2012-ACUP-00325); “Science, Technology and Attention to Dependence” (National RDI Plan, 2008-2011); and “Feeling at home with Technologies? An analysis of the impact of (assistive) technologies for the elderly and disabled people” (Spanish Ministry of Education and Science, 2007-2009).

In the last ten years, she has actively participated in various feminist and right-to-the-city spaces and groups, collaborating in participative and militant research processes in this field.

She is a member of the CareNet (Care and Preparedness in the Network Society) research group at the UOC.

Care and Preparedness in the Network Society

Faculty of Psychology and Education Sciences

In the last decade, online, mutual assistance communities, groups and networks have proliferated all over Europe: co-parenting networks, consisting of fathers and mothers who are unable or do not want their family circle or the Authorities to take care of their children; groups, associations and online forums of patients and "affected people" who give and receive mutual support, share and generate knowledge, or promote "social awareness" of their problem; disabled and elderly people who do not want to live in homes and organize themselves to live in self-managed care and shared living communities, such as cohousing, etc.

The goal of this research line is to understand how these networks and communities, enhanced to a great degree by the ICTs, develop new practices, knowledge and notions of care and citizenship.