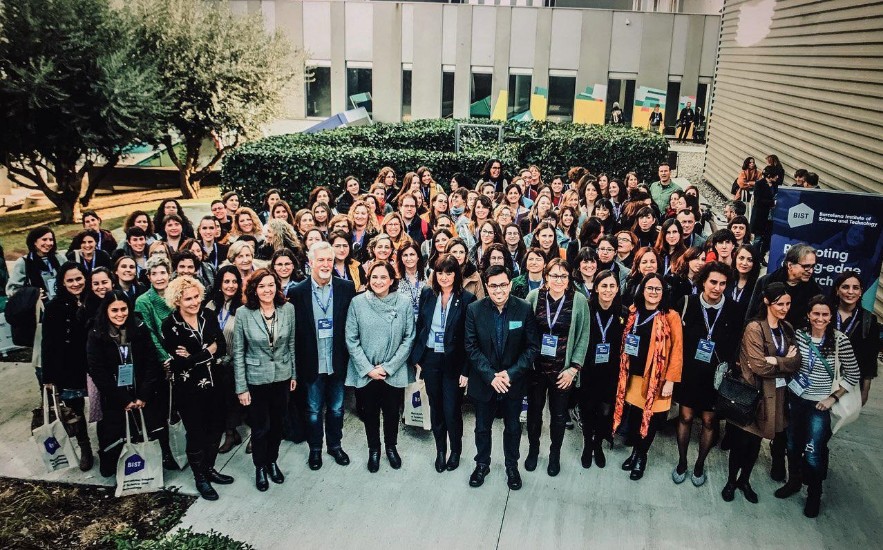 The City and Science Biennial took place in Barcelona this year from 7 to 11 February. During this Barcelona City Council initiative, academics, researchers, educators and scientists from around the city put on approximately eighty activities to provide an ample overview of scientific knowledge and community participation. On the Biennial's organizing committee were UOC professors and researchers Irma Vilà and Paul Alsina. The University's Vice President for Action, Globalization and Cooperation, Pastora Martínez Samper, also participated in the event, along with Carme Carrión, M. Antònia Huertas, Helena Rifà, Diana Roig Sanz, Raquel Viejo and Francesc Núñez, all professors and researchers at the UOC.

On 7 February, to mark the International Day of Women and Girls in Science celebrated just a few days later, M. Antònia Huertas, Helena Rifà, Diana Roig Sanz and Raquel Viejo were invited to participate in 100tífiques, an event organized by the Barcelona Institute of Science and Technology (BIST) in collaboration with the Catalan Foundation for Research and Innovation (FCRi). At the event, they had the opportunity to network with their peers and attend two master classes, one on how to break away from STEM stereotypes in the promotion of women in science and another on stimulating interest and involvement in science. On 11 February, as part of the "100tífiques at 100 schools in Catalonia" initiative, the UOC members travelled around to various schools and gave informal talks to the student body. Their aim was to disrupt gender stereotypes among students and stimulate their interest in scientific, especially among girls.

On 7 February, Pau Alsina moderated a debate between Francesc Núñez and Carme Torras, head of the Perception and Manipulation research group at the Institut de Robòtica i Informàtica Industrial (IRI), which followed the screening of the film Ex Machina (2015) at the Phenomena cinema. The film explores the possibility for a computer to recreate humans' morally significant abilities and raises issues such as the advance of robotics and artificial intelligence and the relationships between humans and robots.

On 10 February, Faculty of Health Sciences professor and researcher Carme Carrión spoke with Giulia Tomasello, interaction designer and researcher specializing in biotechnology and women's health. The conversation focused on the Future Flora project, which aims to promote beneficial microorganisms in the human body through microencapsulation techniques in certain fabrics. This allows clothing and clothing accessories to become ideal ecosystems for skin flora.

That same day, Pastora Martínez Samper participated in the discussion “Is science that is transparent and open to all possible?”, in which the speakers discussed how to incorporate open science principles and designed a roadmap towards a model of open and democratic science. In addition to Ms Martínez Samper, speakers in the discussion included the head of International & Scientific Affairs at the Centre for Genomic Regulation, Michela Bertero; researcher and information technology and policy consultant Francesca Bria; and the head of the Office for Knowledge Dissemination and the Research Unit at the UB’s Learning and Research Resources Centre (CRAI), Ignasi Labastida.

Finally, on 25 February, M. Antònia Huertas participated in the series of dialogues on art and science entitled “Harmonic series” to talk about mathematics, geometry, software, programming, data visualization, music and quantum physics with Sònia Fernández-Vidal, PhD holder in quantum information and optics and professor at the UAB’s Department of Physics; the visual artist and code developer Alba G. Corral; and the conductor of Orquestra del Caos and director of the Música 13 Festival, José Manuel Berenguer.