The new technique, published in Annals of Neurology, may help predict the disease's progression and will be used to validate new treatments 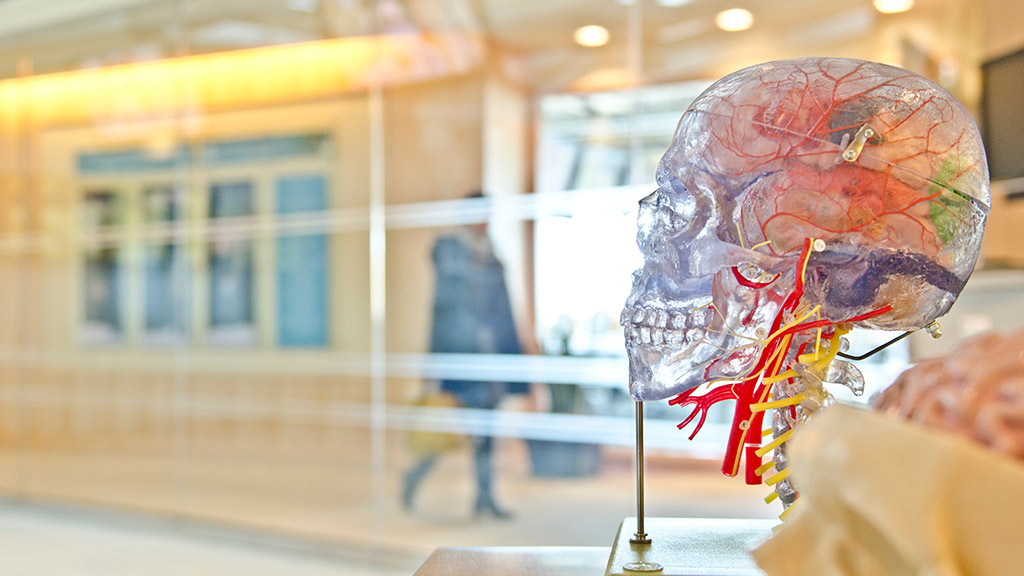 An international research project led by scientists from the Universitat Oberta de Catalunya (UOC) and the University College London (UCL) has enabled implementation of a more sensitive technique for accurately measuring volume loss, or atrophy, of the spinal cord.

This improvement is only good news for the study of multiple sclerosis. In a study published in Annals of Neurology, the team showed that the new technique, based on magnetic resonance imaging (MRI), helps predict the disease's progression more accurately. They also say that it will enable the study of new treatments with potentially neuroprotective effects.

Over a period of years, multiple sclerosis sufferers undergo a progressive atrophy of the spinal cord, which leads to increased motor disability. "Although the spinal cord is fundamental for explaining the disease's diagnosis and evolution, use of magnetic resonance images that include the spinal cord has been negligible in clinical trials due to the difficulty in obtaining conclusive results", explained Ferran Prados, a researcher at the UOC's Faculty of Computer Science, Multimedia and Telecommunications and co-author of the article.

With the new technique, developed by specialized physicians and data and image processing engineers, the degree of atrophy over time can be measured with greater accuracy, giving results that have been shown to correlate closely with the disease's evolution. "Using this new biomarker, the number of participants in clinical trials can be reduced while, at the same time, improving the results' accuracy. This opens up a new scenario for clinical trials on multiple sclerosis", Ferran Prados assured.

To validate the technique, two magnetic resonance images obtained one year apart from 327 multiple sclerosis patients and 93 healthy individuals were used. "From now on, we will be able to measure the impact of new treatments on the patient's evolution with greater certainty, as we will now be able to add the new data from the spinal cord to the data we already obtain from the brain", Prados explained. 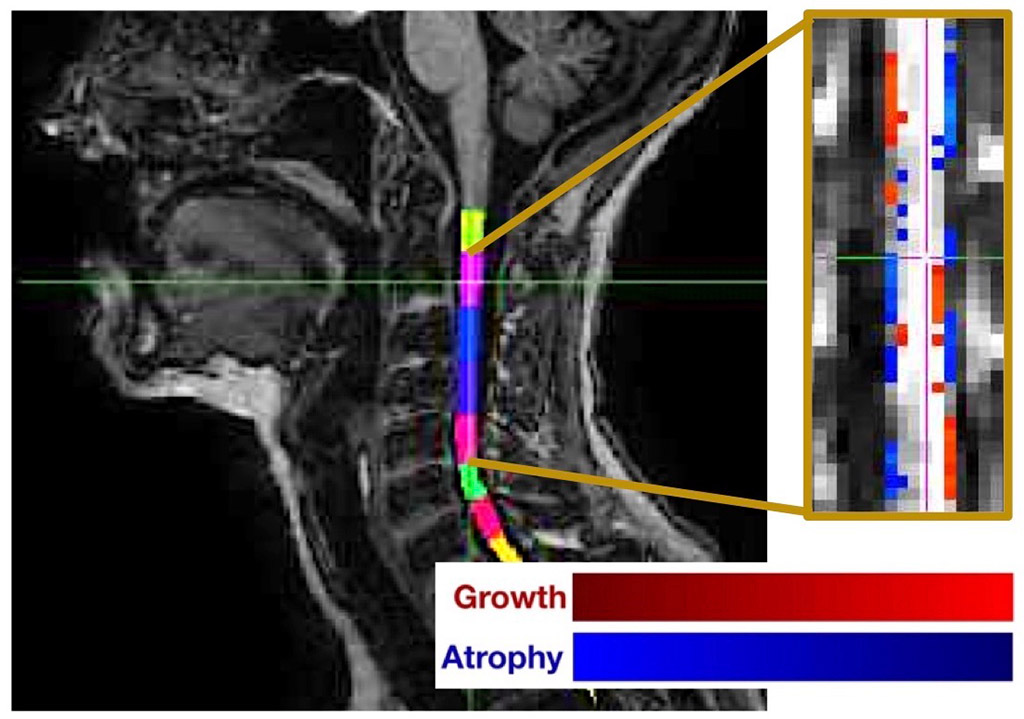 The new image processing method will be used for the first time in a phase 3 clinical trial that began in May 2018 to test a generic medicine that may help reduce atrophy in multiple sclerosis patients. The goal will be to ascertain the effect achieved by this drug, called simvastatin, on spinal cord atrophy. "Normally, it is prescribed to lower cholesterol levels, but it would be a breakthrough if such a cheap drug could be used in the treatment of multiple sclerosis", Prados added.

The first year 1 follow-ups are already under way, in a trial that will take 7 years in total to complete. It will be then that the new technology, in which this UOC-employed computational engineer has played a significant role, will come into action.

Prados believes that the explosion in the need for data science experts in medical environments, together with the creation of the eHealth Center two years ago, has put the UOC in a privileged position: "The University has leading researchers in this field and has set itself the goal of becoming a reference hub in medical data storage, curation and processing". In addition, the University has created the Bachelor's Degree in Applied Data Science  and the Master's Degree in Data Science , which "provide further proof of the UOC's wish to transmit its expertise in the training of new professionals", Prados added.

The project, coordinated by researchers Marcello Moccia (UCL, London), Ferran Prados (UOC, Barcelona) and Frederik Barkhof (UCL, London), has eight centres from around Europe taking part in it. It is being run by the European network MAGNIMS, which brings together academics from different specializations who study multiple sclerosis using magnetic resonance imaging techniques.

Multiple sclerosis is a chronic – and, for the moment, incurable – disease of the central nervous system. It is one of the most common neurological diseases among young adults aged 20 to 40 and it is the second cause of disability in developed countries. According to data for 2019 provided by Esclerosis Múltiple España, there are currently 9,000 people diagnosed with the disease in Catalonia, 55,000 people in Spain and 2.5 million around the world.